Kitulo National Park is a protected area of mountane grassland on the Kitulo Plateau in the southern highlands of Tanzania. The park is at an elevation of 2,600 metres (8,500 ft) between the peaks of the Kipengere and Poroto mountains and covers an area of 412.9 square kilometres (159.4 sq mi), lying partly in Mbeya Region and mostly in Njombe Region. The park is administered by Tanzania National Parks (TANAPA) and is the first national park in tropical Africa to be established primarily to protect its flora. 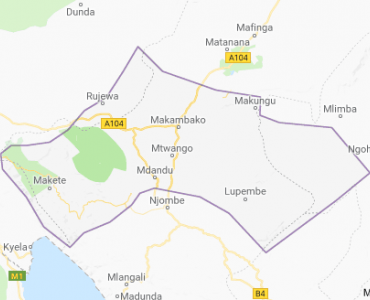